More examples, types, and UI rendering tweaks as we push forward towards a general availability release! 🚀

We have a new example for custom field views, demonstrating how to create a custom field view for a JSON field. This example allows users to add, edit and remove navigation items from a list:

Rendering an inline relationship for the document field has been added to the existing example project as well as our docs page: 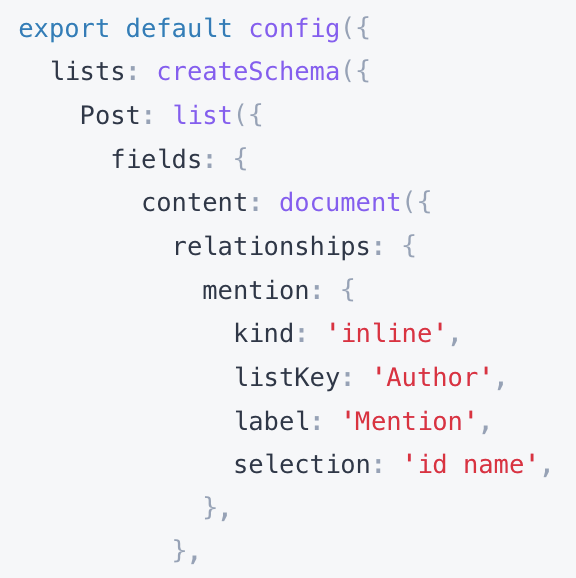 Be sure to check out all the examples, with more to come.

If an item referenced in a document field is deleted from Keystone, the document field now handles this gracefully. Before an error would be returned when querying the field, which prevents the user from being able to manage the issue.

This release fixes this to simply return null for the missing item. This also covers the behavior for when a user doesn't have read access for an item.

A variety of UI fixes are in this release when rendering fields in the Admin UI:

You can now import these from .keystone/types (instead of @keystone-next/types) to get types that are pre-bound to your project's schema.

Another update for Prisma, version 2.26.0, check out the Prisma releases page for more details.

Our packages-next folder has moved over to packages as part of our push to a general availability release in the near future!

You can also view the verbose release notes on GitHub.